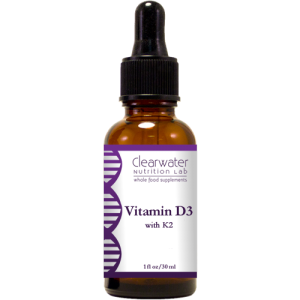 Vitamin D is a critical nutrient for optimal health.  Your body must have vitamin D to absorb calcium and promote bone growth. Too little vitamin D results in soft bones in children (rickets) and fragile, misshapen bones in adults (osteomalacia). You also need vitamin D for other important body functions.

Vitamin D has now been linked to breast cancer, colon cancer, prostate cancer, heart disease, depression, weight gain, and other maladies. These studies show that people with higher levels of vitamin D have a lower risk of disease, although they do not definitively prove that lack of vitamin D causes disease – or that vitamin D supplements would lower risk.

That’s why the Institute of Medicine expert committee’s November 2010 review found no conclusive evidence that vitamin D, by itself, offers wide-ranging health benefits.

“Despite the many claims of benefit surrounding vitamin D in particular, the evidence did not support a basis for a causal relationship between vitamin D and many of the numerous health outcomes purported to be affected by vitamin D intake,” the IOM committee concluded.

The only proven benefit of vitamin D is its role in helping calcium  build strong bones. But that’s far from the whole story. Vitamin D helps regulate the immune system and the neuromuscular system. Vitamin D also plays major roles in the life cycle of human cells.

Vitamin D is so important that your body makes it by itself — but only after skin exposure to sufficient sunlight. This is a problem for people in northern climates. In the U.S., only people who live south of a line drawn from Los Angeles to Columbia, S.C., get enough sunlight for vitamin D production throughout the year.

Supplementing with vitamin D3 may become problematic unless you’re also getting sufficient amounts of vitamin K2.

Vitamin K2 engages in a delicate dance with vitamin D, and you need both in adequate amounts for optimal health. The importance of this was once again highlighted in a new study…

The study was designed to compare the effect of oral administration of vitamin K2 (MK-7) plus vitamin D, or vitamin D alone, on the progression of coronary artery calcification score and carotid intima media thickness (the lining of the main arteries in your neck that feed blood to your brain), which are hallmarks of potentially lethal heart disease and stroke.

The data revealed a slower progression of calcification in those taking both vitamin K2 and vitamin D compared to those taking vitamin D alone.  The study’s lead author said:

“In this study, the K2 and D protected against cardiovascular calcification, while the D group alone did not. Clearly, this has positive implications for human health.”

This makes sense because whereas vitamin D provides improved bone development by helping you absorb calcium, there is new evidence that vitamin K2 directs the calcium to your skeleton, while preventing it from being deposited where you don’t want it.

For example, in your organs, joint spaces and arteries. A large part of arterial plaque consists of calcium deposits (atherosclerosis), hence the term “hardening of the arteries.”

Moreover, atherosclerosis can progress for many years, even decades, without symptoms, because the opening of the artery (lumen) formed by the arterial lining is still elastic enough to stretch to accommodate a degree of accumulated plaque.

That is, only if the artery has not begun to calcify, as the formation of a calcified fibrous cap on top of the arterial plaque deposit prevents further compensatory luminal expansion and therefore is the final, fatal step in the progression of the fatal disease.

We also know that vitamin K2 activates a protein hormone called osteocalcin, produced by osteoblasts, which is needed to bind calcium into the matrix of your bone. Osteocalcin also appears to help prevent calcium from depositing into your arteries.

In other words, without the help of vitamin K2, the calcium that your vitamin D so effectively lets in might be working AGAINST you — by building up your coronary arteries rather than your bones.

Calcium and Vitamin D Without Vitamin K2 May Be Dangerous

If you take calcium and vitamin D but are deficient in vitamin K2, you could be worse off than if you were not taking those supplements at all, as demonstrated by one meta-analysis that linked calcium supplements to heart attacks.

This meta-analysis looked at studies involving people taking calcium in isolation, without complementary nutrients like magnesium, vitamin D and vitamin K2, which help keep your body in balance.

In the absence of those other important co-factors, calcium CAN have adverse effects, such as building up in coronary arteries, initiating excessive clotting and causing heart attacks, which is really what this analysis detected. So if you are going to take calcium, you need to be sure you have balanced it out with vitamin D and vitamin K2.

The authors of the featured study noted that, in addition to its role with osteocalcin, one of the mechanisms by which vitamin K2 exerts a protective role on the progression of vascular damage may be connected with its impact on Matrix GLA Protein, or MGP.  MGP is the protein responsible for protecting your blood vessels from calcification.

When your body’s soft tissues are damaged, they respond with an inflammatory process that can result in the deposition of calcium into the damaged tissue. When this occurs in your blood vessels, you have the underlying mechanism of coronary artery disease — the buildup of plaque — that can lead you down the path to a heart attack.

Vitamin K2 and vitamin D again work together to increase MGP, which, in healthy arteries, congregates around the elastic fibers of your tunica media (arterial lining), guarding them against calcium crystal formation.